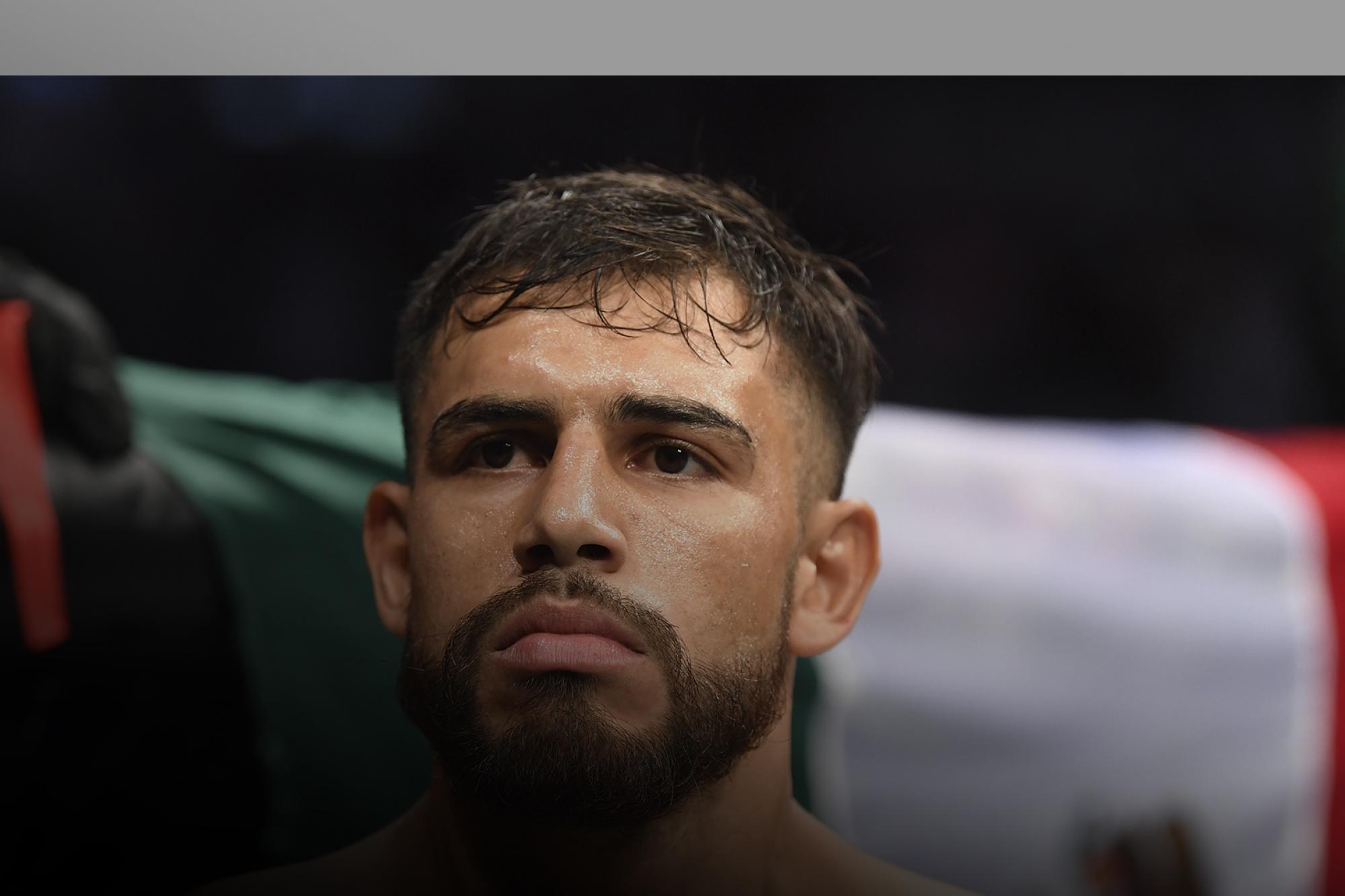 With plenty of controversy and heat surrounding the highly anticipated match-up between Yair Rodriguez and Jeremy Stephens, all Rodriguez is looking to do is win.
By E. Spencer Kyte, on Twitter @SpencerKyte • Oct. 16, 2019

Yair Rodriguez is entering his rematch with Jeremy Stephens in a much different place than his veteran counterpart.

While Stephens is fired up and fueled by the controversial ending of their initial encounter and the subsequent war of words that followed, the 27-year-old featherweight contender is far more mellow and matter of fact about the events that transpired in Mexico City and the fallout that made this immediate do-over an obvious choice for the UFC.

“What happened happened and the last guy who wanted that to happen was me,” Rodriguez said of their main event clash in late September, which ended 15 seconds after it began when Stephens was rendered unable to continue after getting poked in the eye. “As I have said, the only guy who will truly know what happened in there is Jeremy; he’s the only one who is going to truly know because he was the one with the feeling in his eye or inside of him or whatever.”

When the highly anticipated clash was halted, fans inside Mexico City Arena pelted the cage with debris and voiced their displeasure with the outcome, directing all of their vitriol towards Stephens. In the aftermath, Rodriguez questioned whether Stephens was truly unable to continue or simply overwhelmed by the moment and happy to take a convenient way out when the opportunity presented itself.

Many in the MMA community rushed to Stephens’ defense, holding his extensive track record and proven willingness to face whatever challenges the UFC has put before him during the course of his 12-year career with the company as evidence that he isn’t someone who is going to run away from a fight.

Still, a few weeks later and on the eve of running it back, Rodriguez remains steadfast in his belief that the combination of Stephens’ bold pre-fight comments and the energy focused against him inside the arena become too much for the veteran to contend with the first time they squared off.

“I think he had a choice to make and as soon as he felt all the pressure — not from me, but from the people — (he looked for a way out),” said Rodriguez. “In those five minutes (after the bout was halted), people started throwing stuff into the cage. When he was walking outside of the cage, people started throwing s*** at him, but I didn’t say anything, I didn’t manipulate anything. People saw what they saw. I saw what I saw.

“I just think this situation overwhelmed him.”

The tension between the two bubbled up the following day in the hotel and has been simmering ever since, at least for Stephens, who was quick to suggest the duo run it back as soon as possible, going so far as to pause an anniversary vacation with his wife so that he could return home and start readying for this rematch.

Rodriguez, however, wasn’t as keen on the idea, but understands the logic behind the UFC’s decision and has spent the last four weeks focusing exclusively on the things he can control and ensuring that when he steps into the cage on Friday night in Boston, he’s mentally prepared for whatever transpires. 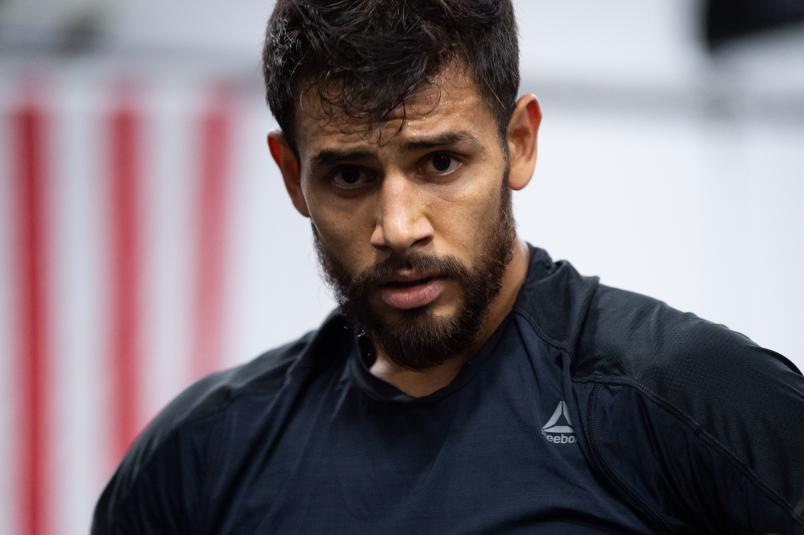 “It didn’t make any sense for me, to be honest, but that’s something that I have to deal with,” Rodriguez said of the immediate rematch. “But it’s something that has to be done and it’s going to get done this Friday.

“Fighting is a mental thing more than a physical thing,” continued Rodriguez, who has been heralded as a fighter with championship potential since bursting onto the scene by winning the featherweight competition on Season 1 of The Ultimate Fighter Latin America. “You have to have good preparation, you have to have a good strategy, but none of that matters if your mindset isn’t correct.

While some may chalk that up as “fighter-speak,” Rodriguez has clearly had a shift in mindset and approach over the course of his five-year career in the UFC.

Saddled with lofty expectations right out of the gate and hustled into headlining assignments and marquee matchups early in his career, the younger version of the rising star spoke openly and frequently about his career ambitions — of being ready to face the division’s elite, chasing championships and establishing himself as one of the biggest stars in the sport.

Although he’s currently stationed just outside the Top 5 in the ultra-competitive featherweight division and could put himself in the thick of the title chase with a victory over Stephens, Rodriguez has no interest in talking about what comes next and what a victory would do for him heading into next year.

All he’s focused on is the here and now and doing his job on Friday night in Boston.

“You have control over what you can control and what you don’t, you don’t,” he said. “I’m not thinking about the future right now. Whatever happens in the fight, I know he’s a tough guy and I’m prepared for that. I’m not thinking too far ahead of Friday.

“He was talking a lot of s***, saying he wanted to explode my head into the canvas and humiliate me in front of my people and do all this kind of stuff. My response to that is that I hope he does it; I hope he does what he thinks he’s going to do because if not, he’s going to be in a really bad spot.