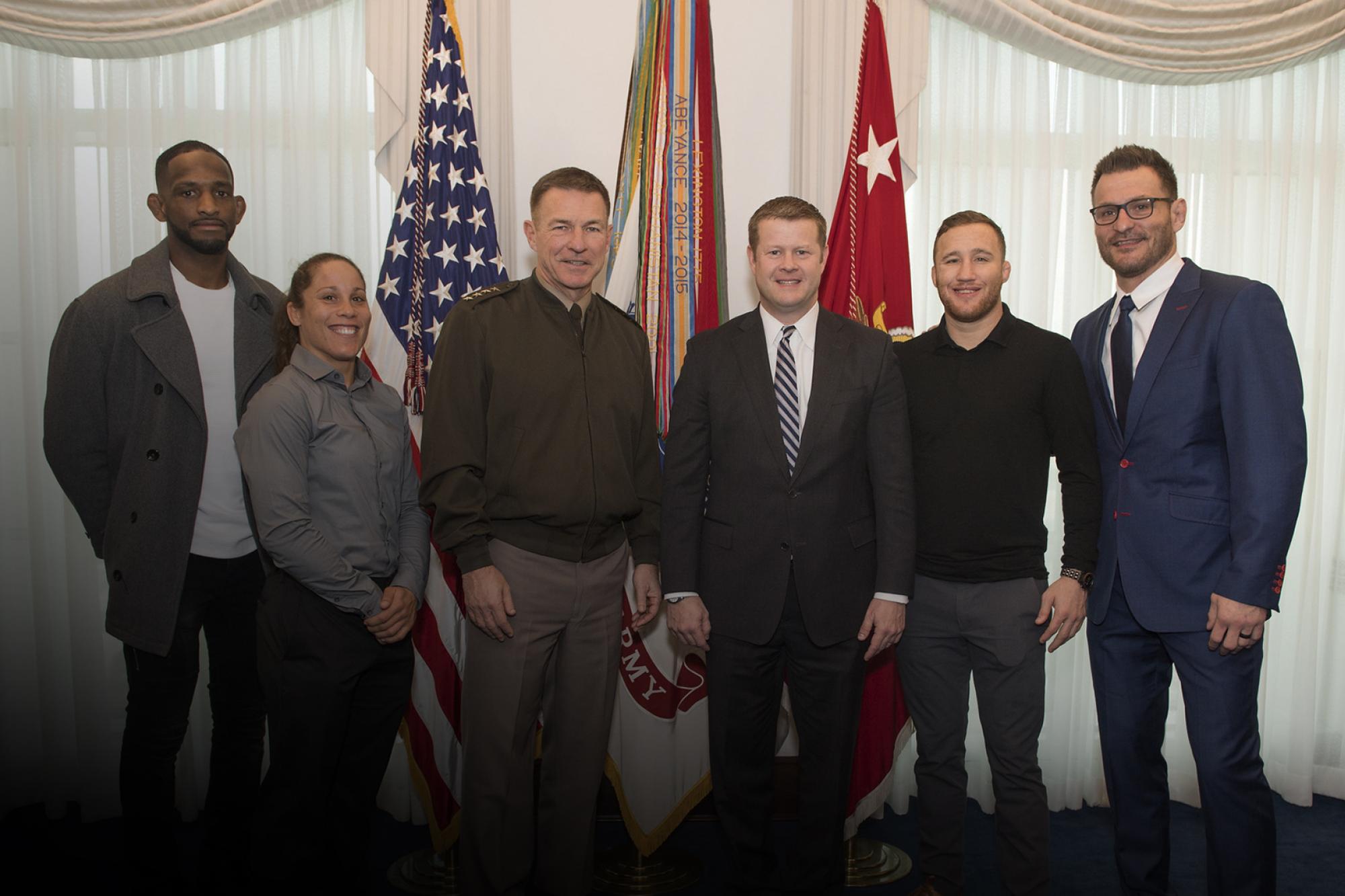 On Thursday, UFC fighters Stipe Miocic, Justin Gaethje, Liz Carmouche and Neil Magny experienced a once in a lifetime tour of some of the most iconic and historic landmarks in the United States, visiting The Pentagon, Arlington National Cemetery and Fort Myer.

In the afternoon, the athletes ate at the Fort Myer mess hall with the troops and then did a Q&A hosted by Megan Olivi.

This part of the trip was particularly special for veterans Carmouche and Magny. As a retired Marine who served five years, Carmouche was finally on the other end of the guest visits.

“I know how much it meant to me during my time in the service and for my emotional welfare,” Carmouche said. “It made such a difference for people to come out to support the troops. To be on the flip side of that, as a veteran and UFC fighter, is rewarding and is great to see all the smiles and knowing I’m helping.”

Magny mentioned during the Q&A that being back in this environment had him instinctively returning to his roots of greeting people with proper military etiquette. It was on full display when he and Carmouche marched succinctly during the laying of the wreath at the Tomb of the Unknown Soldier at Arlington National Cemetery. 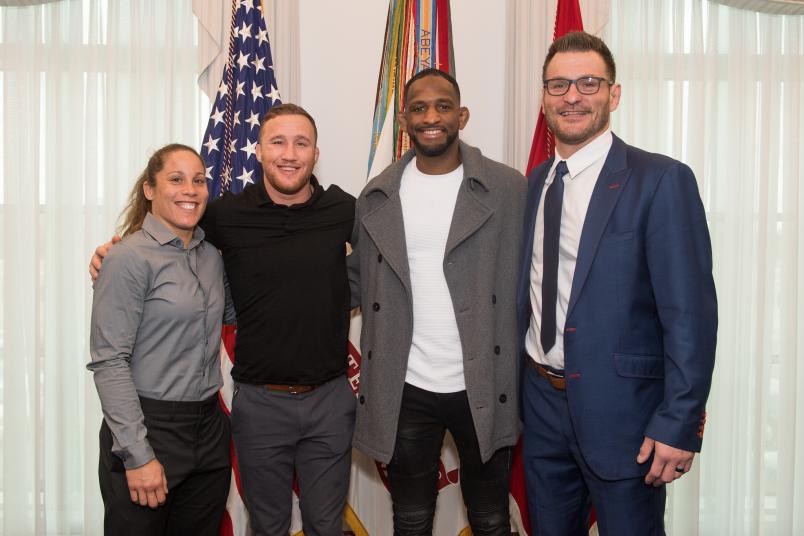 “That was, by far, my favorite part of the day,” Carmouche said of participating in the wreath laying. “Knowing the history of all the fallen soldiers and people who lost their lives, to think I can come back here, I’ve studied and seen movies on it, but I never actually saw the ceremony first-hand. It was amazing that I had any participation in it.

For Gaethje, it was his first time in Washington D.C. As a kid from a small town in Arizona, he was amazed to see all the operations in the nation’s capital. His favorite part of the day was the Q&A because of the connections he was able to make with the troops.

Gaethje spoke about his lifestyle as an MMA fighter and how he lives by a few certain principles and codes. This, of course, is something the troops could relate to.

“My favorite part was the Q&A, just being able to interact,” Gaethje said. “We have no job without the fans and they have no fights without us, so it’s cool to come together. Nobody is special, everyone is normal and you’re a product of your choices. So that’s all I was trying to get through.” 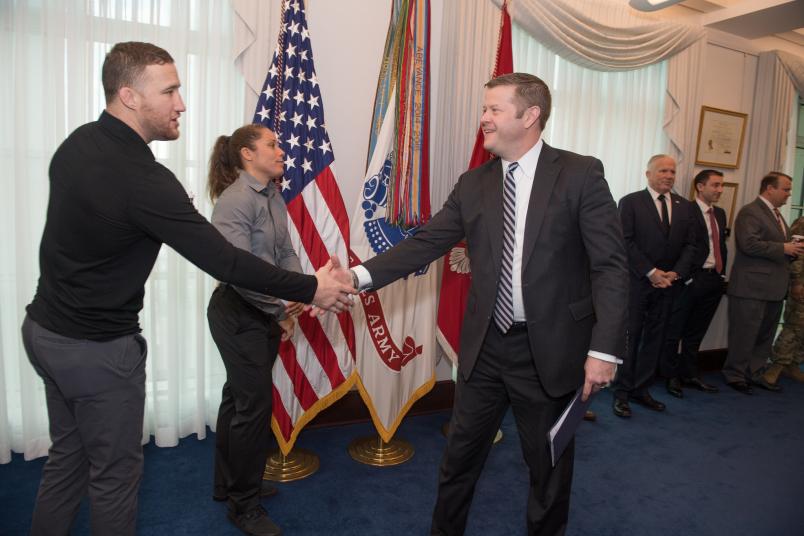 The day started with a tour of The Pentagon. The athletes visited the 9/11 Pentagon Memorial and visited several wings in the massive complex. Most notably, at the end of the tour, the athletes met the Secretary of the United States Army, Ryan McCarthy, and the Army’s Chief of Staff, General James McConville.

McConville and McCarthy each have personal connections with the UFC. McConville spoke in the Octagon in 2013 when the UFC visited Fort Campbell in Kentucky for UFC: Fight for the Troops 3. Coincidentally, Carmouche and Magny both fought on that card.

McCarthy discussed how the UFC and MMA has had a major influence on the Army’s combat training. He remembered when the Gracie brothers visited him and his fellow Army Rangers once and gave Brazilian jiu-jitsu instructions. Despite the size of the Rangers, the Gracies handled all of them and showed the importance of BJJ, McCarthy said.

“We at UFC have a tremendous respect for the men and women who serve in our military,” said Lawrence Epstein, UFC Chief Operating Officer. “I am honored to have been part of today’s events in our nation’s capital. From meeting both the Chief of Staff and Secretary of the Army, to witnessing our athletes lay the wreath on the Tomb of the Unknown Solider, I am deeply humbled to have participated in these remarkable experiences.”