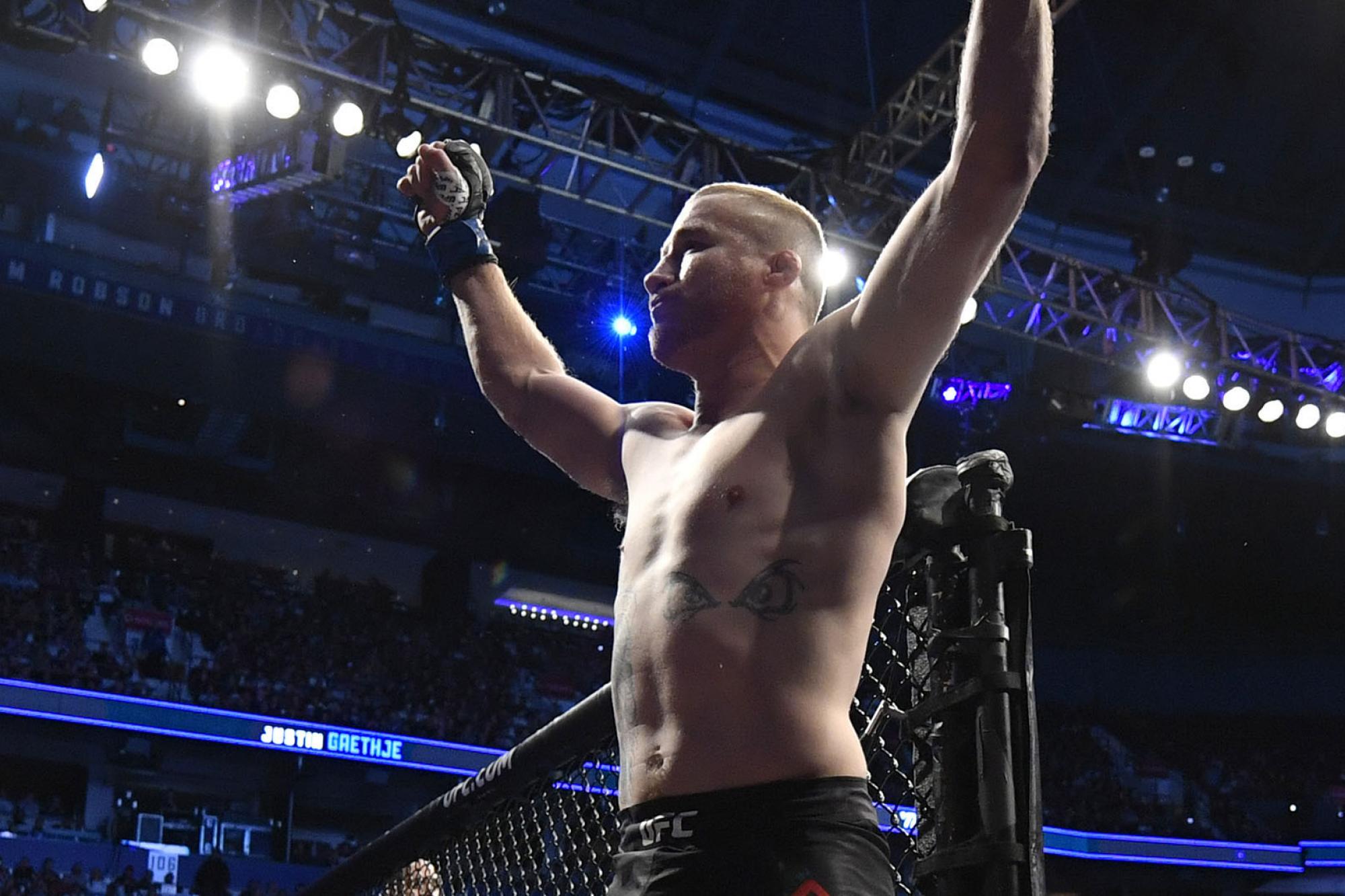 After Saturday night, the stock is rising on these five fighters.
By Thomas Gerbasi • Sep. 16, 2019

Saturday’s UFC Vancouver event is in the books, and now that the dust has settled in Canada, it’s time to go to the scorecard to see who the big winners were at Rogers Arena.

As aggressive, relentless and ruthless as Justin Gaethje is in the Octagon – and those are three adjectives not too many fighters deserve, at least not all at once – the Arizona native has a heart, and I’m not talking about the heart to wade into the fray with the baddest men on the planet and actually embrace such a notion. I’m talking about the heart to pull back when he knew he had Donald Cerrone hurt in their UFC Vancouver main event and not want to land anymore punches on his buddy. Yes, this is the hurt business, but it’s also a sport where the main objective is to win, not add extra punishment when it isn’t necessary. Gaethje knew the fight was over, and he wasn’t going to make the night worse for Cerrone. That’s class, and as exciting as “The Highlight” continues to be, that was my big takeaway from last weekend’s headliner.

Find me someone who isn’t a Tristan Connelly fan this morning. I dare you. Fighting up a weight class against an opponent  who missed weight on Friday, and doing it in his UFC debut, which just happened to be on five days’ notice, Connelly went from being a relative unknown to everyone’s new favorite fighter over 15 minutes with Michel Pereira on Saturday, and in his hometown, no less. To me, that’s when this sport is at its best, when an underdog gets that opportunity of a lifetime and delivers when his name is called. And he left the Octagon with two checks, a percentage of Pereira’s purse because of the weight miss, and two bonuses. THAT’S a winner.

Now I’ll get this out of the way right now. Glover Teixeira is one of my favorite fighters in the game and he has been for years. A class act in and out of the Octagon, Teixeira represents everything that’s good about this sport, and to see him approaching the big 4-0 with a three-fight winning streak makes me even more of a fan. But let’s take away my pre-existing bias towards Teixeira and break down his current form, and in doing so, it’s clear that he is doing what every veteran should be doing as he gets older. That’s evolve and adjust. Teixeira used to be a fighter who wanted to strike first, strike last, and maybe toss in some ground work in the middle. Now he mixes things up beautifully, showing that he’s dangerous everywhere. Would I pick him in a rematch with champion Jon Jones? Not if I’m being honest. But I would like to see him get a second crack at the crown with another win.

Speaking of good guys, Misha Cirkunov is in that category as well, so it’s been tough seeing him on the losing end of knockouts to Teixeira, Volkan Oezdemir and Johnny Walker after racing out to a 4-0 with four finishes start to his UFC career. But on Saturday in his adopted home country of Canada, Cirkunov weathered the storm from young gun Jimmy Crute and found himself the winner of the fight and a Performance of the Night bonus. That’s a good way to close out the year and gear up for a big 2020 campaign.

On a roster full on intriguing stories, Uriah Hall is definitely top five. Like I wrote before his fight against Antonio Carlos Junior, Hall looks like he can beat everybody on some nights, and on others he looks like he can’t beat anybody. On Saturday, he was in the middle, looking great in building a lead on Carlos, but nearly dropping the bout when the Brazilian got his back for much of the third round. I’m hoping his affiliation with Sayif Saud and the Fortis MMA team is the sign of a more consistent Hall, because when he’s on, he’s fun to watch and a handful for any 185-pounder in the world.