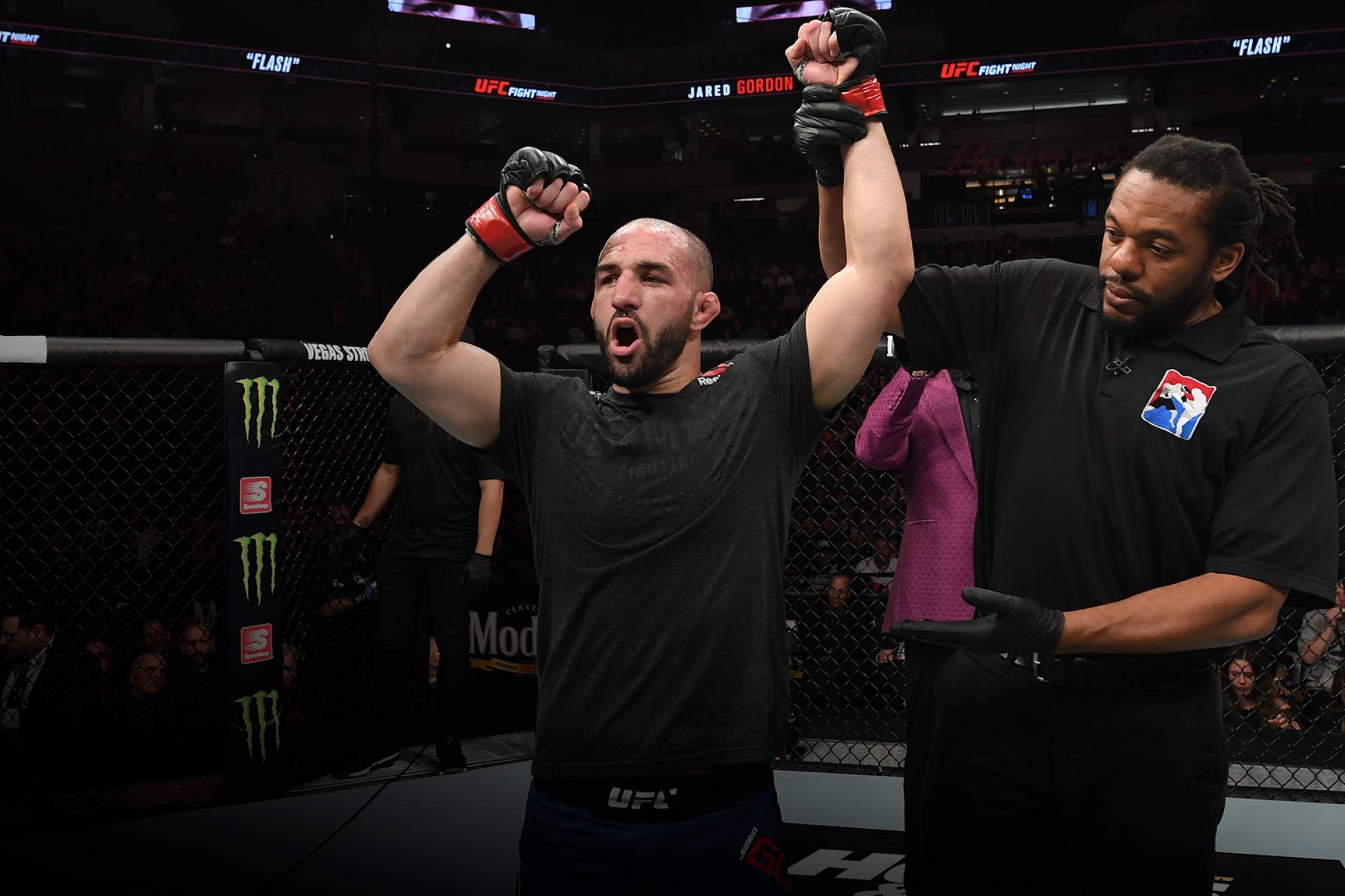 Jared Gordon Got His ‘Mojo’ Back

Coming in as an underdog, Jared Gordon got exactly what he asked for in Sao Paulo.
By Zac Pacleb, on Twitter: @ZacPacleb • Nov. 14, 2019

Fighting a record-breaking submission artist who is on a five-fight winning streak and doing so in his hometown isn’t the most favorable of situations for any fighter.

But it is pretty much what Jared Gordon asked for.

Watch With Your ESPN+ Subscription

“I pray to God, I ask him every day to make me the Rocky of UFC; the biggest underdog,” Gordon said. "Coming into this card, I might be one of the bigger underdogs on the card. I probably am.”

Gordon’s assumption is true. As of November 12, Bovada has the New Yorker as a +270 underdog to Charles Oliveira, but all Gordon can do is laugh.

Always open about his recovery from drug addiction, part of Gordon’s Rocky-themed wish is so he can create the largest platform he can to help people, and it’s working. Gordon said he receives multiple messages every day from people asking for help or offering support.

While his motivation is never in question, Gordon did doubt his standing on the UFC roster after back-to-back losses in 2018 before securing a unanimous decision win over Dan Moret in June.

“I felt like when I had those two losses, like, ‘Oh, my career is over,’” Gordon said. “But I got a new contract, and then I won in June, and now I’m fighting Charles Oliveira, who is ranked No. 13 in the world, so I’m doing what I have to do to get to where I have to go. So for me, this is my opportunity, and this is my time.”

Gordon admitted he “played it a little safe” in his last fight, but it was enough to get a decisive win, and it was enough to get his mojo back. Although Gordon is well-aware of Oliveira’s record for most submissions in UFC history (13), he isn’t letting that impact how he is approaching the fight.

“Charles is a stud,” Gordon said. “He’s a monster, but this is what I’m here for. To prove that I’m just as good or better, so if I’m going to get to the top, I’m going to have to fight guys like Charles.” 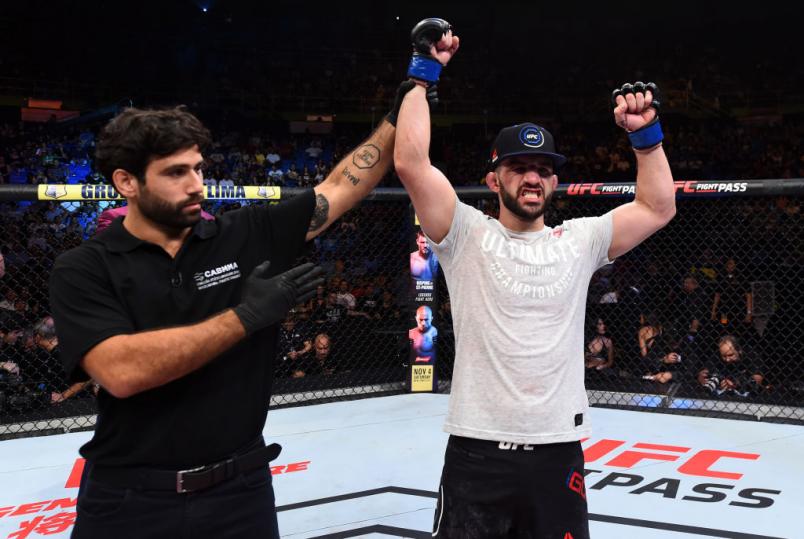 Fighting in Sao Paulo only adds another degree of difficulty for Gordon, but it’s not his first time in this position. In his second UFC fight, he fought Brazilian Hacran Dias in Sao Paulo and walked away with a unanimous decision. When Gordon returned to the city, he said everything felt familiar and is confident he’ll be able to just focus on doing his job come fight night.

“I believe when I win and I crack into the top 15 - if I get ranked after this - that it will show that I belong to be with the cream of the crop,” Gordon said. “I think that this was my destiny all along, and I believe I have to go through the losses and all the hardships in order to get me to this point because yes, Charles is a very formidable opponent, but I’ve dealt with a lot worse things, and I’ve jumped over bigger hurdles.

“This is just an honor and a blessing just to go and fight someone like Charles.”