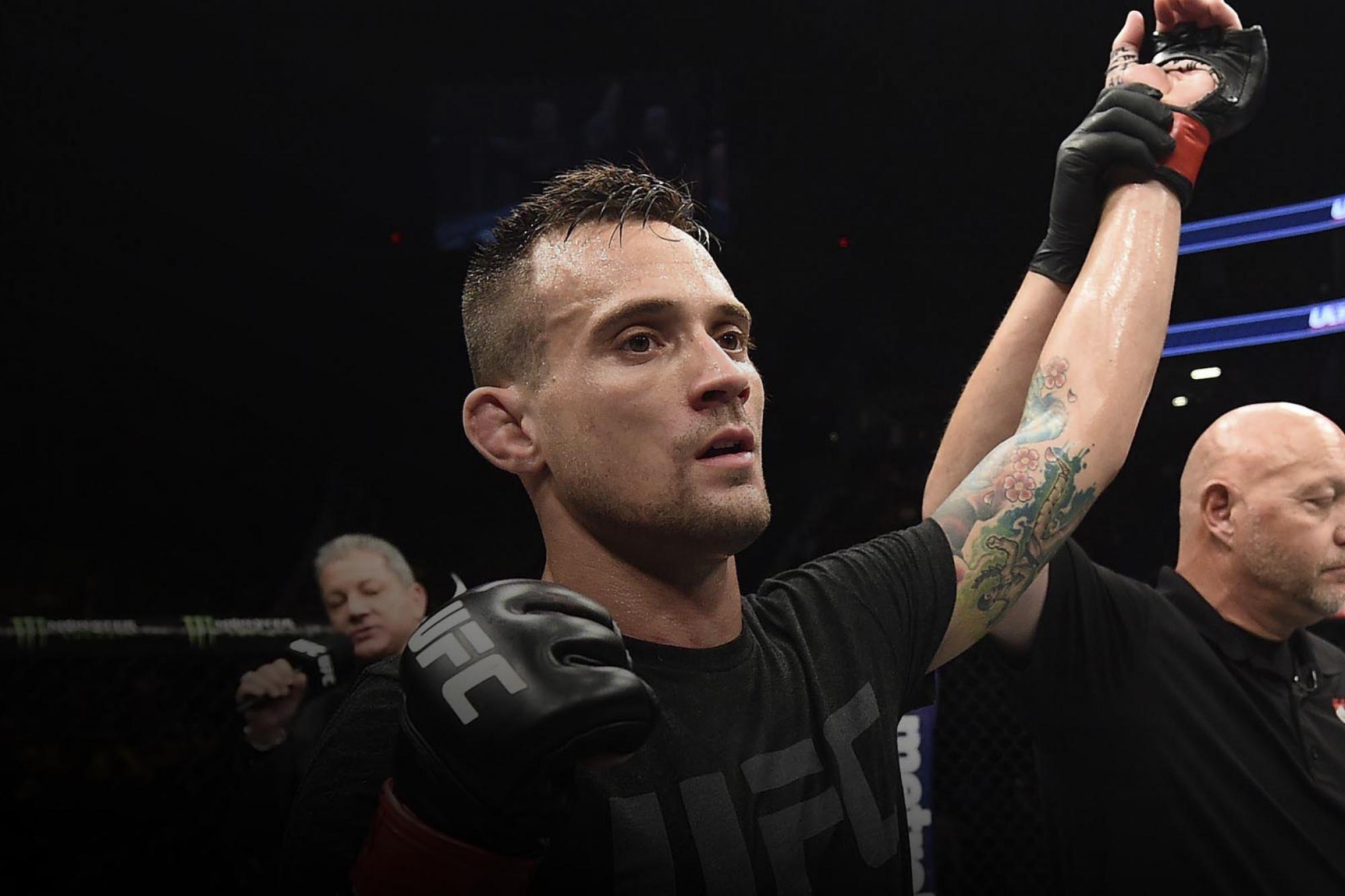 It took less than 15 minutes for James Krause’s life to change, and he wasn’t sure if he was prepared for it.

“My first fight in the UFC, I won over a hundred thousand dollars and I was scared,” said Krause, who announced his arrival to the big show in June 2013 with a third-round finish of Sam Stout that earned him Fight of the Night and Submission of the Night bonuses. For someone who toiled on the regional circuit for the previous six years, this was the type of payout that he had never seen before.

“I thought, I’ve been broke, I grew up broke and I can’t go back to that ever again,” he remembers. “I gotta figure this out, and I’ve got to figure it out right now. I can’t ever be broke again.”

More than six years after that night in Winnipeg, Krause has kept that promise to himself. As he approaches a Saturday matchup with Sergio Moraes on the UFC Fight Night card in Sao Paulo, Brazil, making ends meet through fighting isn’t a concern.

“I invested in myself, I invested in a couple other things, I bought a gym and it does really well,” said Krause, who nonetheless still straps on the four-ounce gloves to head to the Octagon every few months.

“I’m really about the challenge,” he said. “I look at it as one fight at a time, and I need fights that excite me and get me out of bed. I’m in great position to where I don’t have to fight to pay my bills. I do fine outside of the UFC, my bills are paid, and I don’t need to fight, but the challenge gets me out of bed in the morning. I have this elaborate puzzle in front of me that I have to figure out on a specific date at a specific weight and specific location. And I really like that. I’m a problem solver, and that intrigues me.”

But even his own personal solving isn’t what really gets him amped up about the fight game these days. It’s more about the problems he helps his fighters from the Glory MMA team in Lee’s Summit, Missouri figure out. And though he readily admits that he’s often more excited about their wins than his own, you could tell that just by looking at his face when a Megan Anderson or Grant Dawson walks away with a UFC victory.

“I’m happy when I win, but if you watch, I’m never smiling after I win because I just expect it,” he said. “I’m a winner, I expect to win. So it doesn’t become a surprise to me whenever I do. I visualized the win so many times that when it happens, this is what’s supposed to happen.”

Bringing fighters to the Octagon, having them implement a game plan, and seeing them get their hand raised? That’s a whole different feeling for the 33-year-old welterweight.

“If you want to accomplish all your dreams, you have to help somebody else first accomplish theirs,” he said. “So I’ve really enjoyed giving my knowledge back and I’m so passionate about it. If you watch me coach, it doesn’t take long to find that out. And I believe I’m bringing a new look to the game. I know there are a lot of specialist coaches, but I don’t feel like there’s very many good fundamentally sound MMA coaches, one coach that can do it all across the board. And I feel like I’m bringing that to the table. New looks, a new wave of coaching. I have a knack for it.” 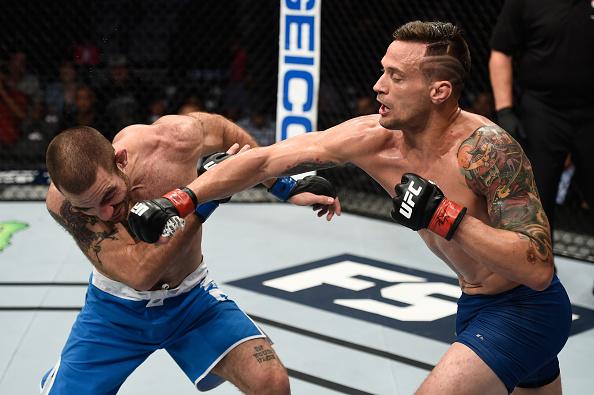 And he’s been doing it quite a while, though he admits he was learning on the fly in his early days as a coach.

“I’ve been coaching way before I should have been coaching,” Krause laughs. “It was kind of like the Wild West where I’m from. If you had six months’ experience on somebody, that went so far. Just imagine a three or four-stripe white belt fighting somebody that never trained before. That’s kind of what I was doing. And it was almost unfair. But it’s something I gravitated towards, I really enjoy it, and I enjoy it way more than fighting, to be honest with you. And it’s something I feel I’m better at than fighting as well. So that’s obviously the next segue whenever I’m done fighting.”

Whether his experience matched his job title as coach didn’t really matter. His enthusiasm and desire to make his students better made up for any other shortcomings. And as he’s grown as a fighter and a coach, so has the scene in his adopted hometown. That’s important to him, so while he will do camps with the Factory X squad in Colorado, he’s never making a full-time move from the place he built.

“That’s something I got criticized for – running a gym and fighting at the same time,” he said. “People told me I needed to move to one of the big gyms, but I wanted to put Kansas City on the map. I want to be the guy to do that. So I’m not moving.”

Krause says that last sentence with pride, and he’s earned that right. He’s also weathered the ups and downs of this sport and is still standing tall with a future that goes beyond what happens on fight night. That’s a lesson he also wants to get across to the up and comers under his wing. 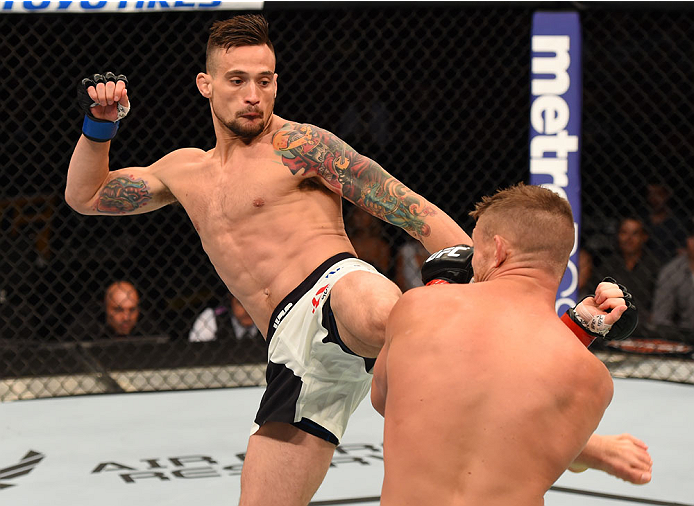 “One of my biggest passions in this world is showing people how to accomplish exactly that,” he said. “Professional athletes, whether you’re in the NBA, MLB, NFL or the UFC, whatever that looks like, there’s a very, very small window.”

He pauses, then chuckles, saying “I’m not saying I have it figured out.”

He may. Despite having ten UFC fights, seven Octagon wins and a stint on The Ultimate Fighter under his belt, Krause has never taken his spot on the roster for granted and never looked at it as a lifetime lock when it came to job security.

“I think the problem with some of these new kids is that they feel like they’re owed something,” Krause said. “The UFC doesn’t owe me s**t. We’re in a business relationship and that relationship is, you pay me a good amount of money for me to bust heads. You know I’m gonna be in an exciting fight, and that’s why I’ve been on the roster for six years. If you think there’s anything outside of that, you’re dead wrong. I understand that relationship, they understand the relationship with me, and it works great. It’s the fight game and that’s what it’s about.”

It may be the best possible place for James Krause to be in at 33. His life outside the UFC in business and with his family is settled, he’s got a passion for coaching that he’s constantly feeding, and the last five times he’s entered the Octagon, he left with his hand raised. So what’s next?

“I’m a competitor,” Krause said. “I’m not going to be fighting that much longer. I’m better than I’ve ever been. But it’s not about that. You cannot disrespect the game of MMA. If you disrespect the game of MMA, the game will disrespect you far greater, I promise. So I’m in my physical prime, but I’m a weird spot because I don’t really have aspirations to be a world champion. I’ve already set out and hit every goal that I’ve ever wanted to in MMA. I did that a long time ago in terms of being a fighter. So when you ask me, why fight, the short answer is, I’m still a competitor and I still feel like I have things to bring to the table that I can show people. I don’t think I’ll be doing it much longer, but it’s something that I really enjoy. I still enjoy that process, that grind, and challenging yourself. It’s the ultimate challenge as a human being. There’s nothing else like it in the world.”