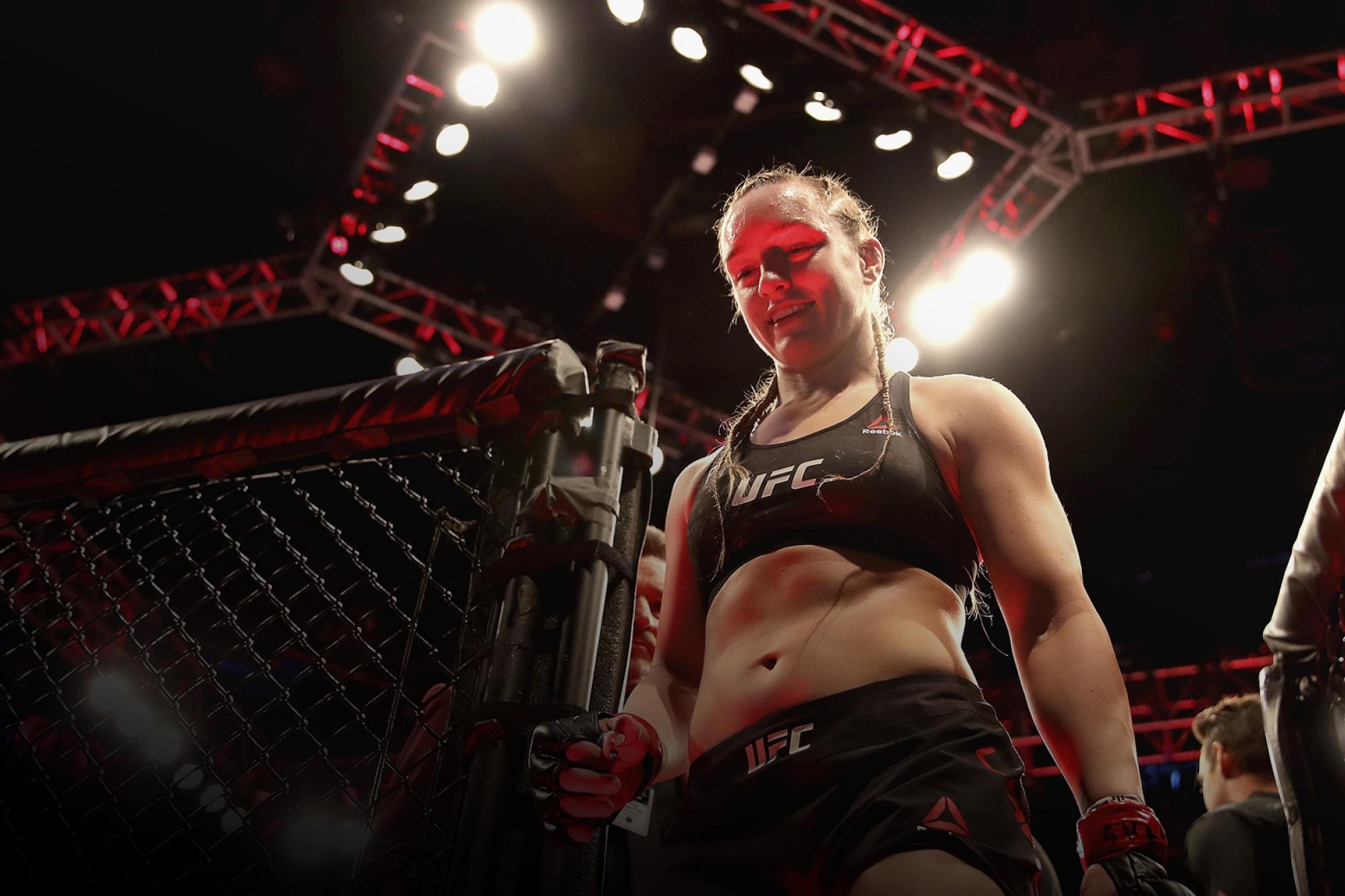 Bantamweight Threat Talks Getting Back On Track Saturday In Washington, DC
By Jon Gagnon, on Twitter: @JGagnonUFC • Dec. 4, 2019

You can’t discuss the women’s bantamweight title picture without mentioning Aspen Ladd. Saturday night, Ladd takes on Yana Kunitskaya in what will be her third matchup against a former title challenger. Ladd was also scheduled to face former champ Holly Holm earlier this year before the fight was cancelled.

If you talk to Ladd about her presence at the top of the division, she’s unfazed. The Californian doesn’t concern herself with the rankings, or the what ifs of title shots and past performances. It’s this mindset that has likely led to her success. Before her loss to Germaine de Randamie last July, Ladd was undefeated (8-0) and earned performance bonuses in two of three UFC fights.

UFC.com sat down with the bantamweight contender about her matchup with Kunitskaya and her future in the division.

Social Post
UFC: You’ve drawn another opponent that’s a former title challenger; did you expect to fight Yana Kunitskaya at some point?

Aspen Ladd: I kind of expected it. There’s not that many of us in the Top 10, so when certain people aren’t matched up and haven’t fought yet, you kind of assume it’s going to happen.

UFC: Germaine de Randamie earned a title shot after fighting you, so you’re right there. Do you expect to be in the title shot conversation after Saturday?

Social Post
UFC: GDR, Kunitskaya, Holm - your name is always being mentioned now with the rest of the elite bantamweights. Does it feel different at this point in your UFC career?

AL: It’s the same feeling and same stresses. It’s just the better you do, the more gets added on. It’s a blessing, it’s a cool thing. But it doesn’t feel different from my first pro fight. You have this name, at this time, but it’s still the same feeling.

UFC: Is that stress-free mindset - regardless of the opponent or the stage - one of the strengths to your game?

AL: It definitely is. It helps you stay a little more even keel and you’re not stressing out too much. Fighting against No. 10 or No. 1, it doesn’t matter; it’s just that opponent at that moment.

Social Post
UFC: So what’s the game plan for Saturday? Where do you think you’ll have the edge against Kunitskaya?

AL: You’ll have to wait and see on fight night.