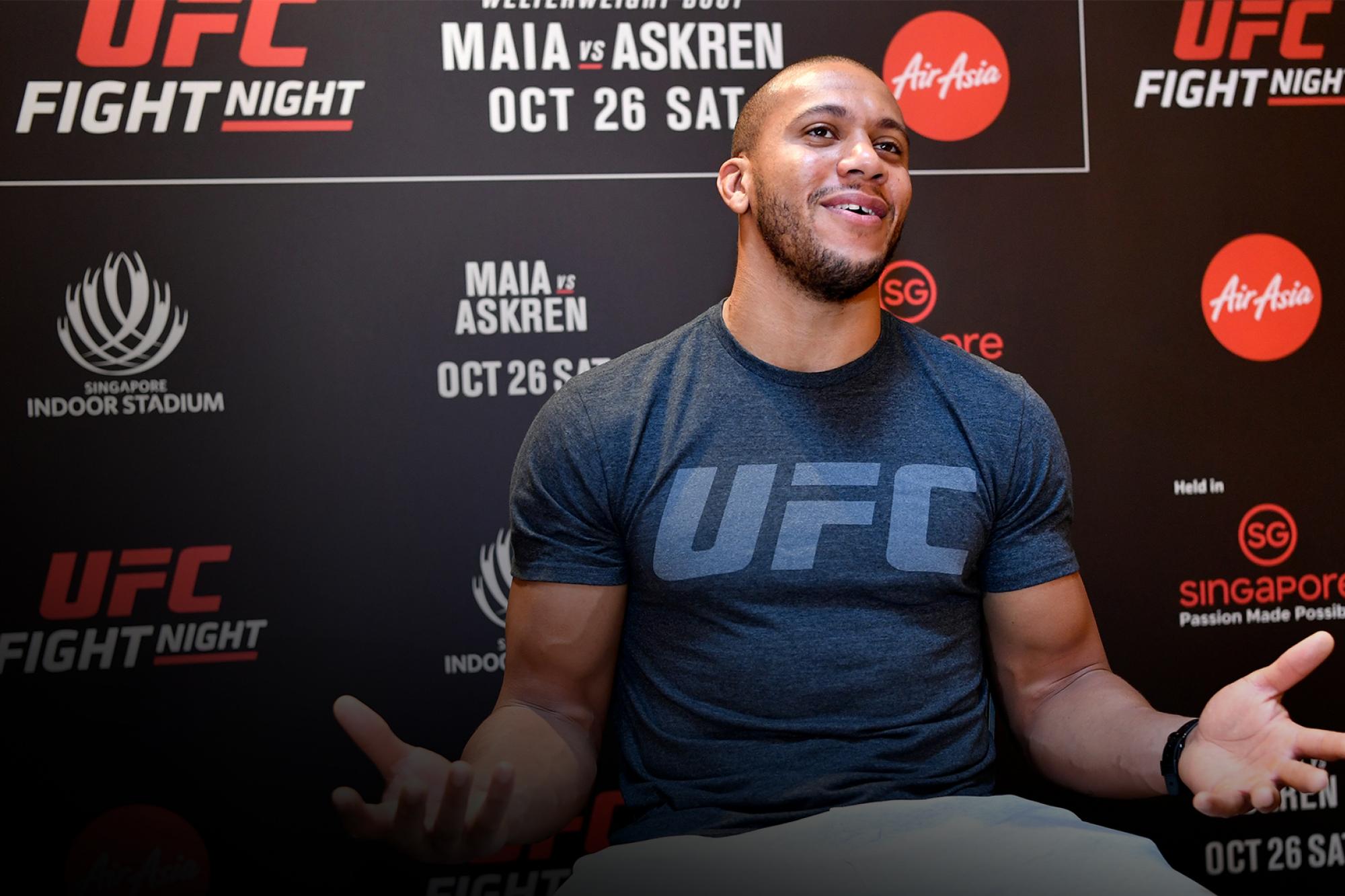 “That was also a surprise for me,” laughs Gane. “I thought there was a more likely chance for me the finish him on the feet than on the ground, considering his background.”
By Thomas Gerbasi, on Twitter: @TGerbasi • Oct. 24, 2019

The storyline was seemingly set in stone. Ciryl Gane, Frenchman from the same gym that launched the career of heavyweight wrecking machine Francis Ngannou, was making his UFC debut in Uruguay against Raphael Pessoa in August, and at 6-foot-4, 242 pounds, “Bon Gamin” seemed poised to smash through walls just like “The Predator.”

Then a funny thing happened on the way to Gane’s first Octagon victory. He submitted Pessoa via arm triangle choke at 4:12 of the opening round.

“That was also a surprise for me,” laughs Gane. “I thought there was a more likely chance for me the finish him on the feet than on the ground, considering his background.”

That’s the beauty of mixed martial arts, and a sign that there’s more to Mr. Gane than meets the eye. In other words, he’s going to be a problem for the rest of the heavyweight division, and the fans love it.

“It’s pleasant to hear that, and that pushes me to work even more and keep improving.”

If Gane, now 4-0 as a pro, wanted a pop to kick off his UFC career, he got it, and now the job is to keep the momentum going, so he didn’t waste any time getting into another fight, as he’ll face fellow prospect Don’Tale Mayes this Saturday in Singapore.

“Yes, that's what I am looking for,” he said of his quick turnaround. “As long as I am injury-free, I want to stay busy.” 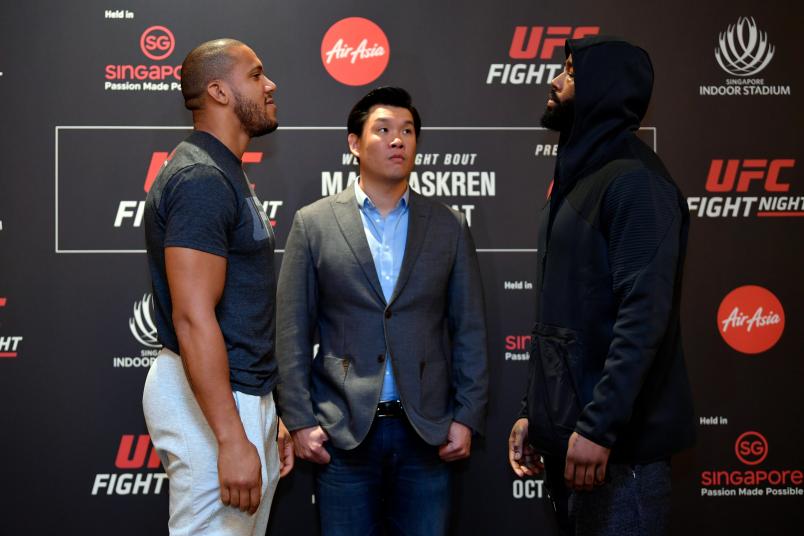 He’s in a potential show stealer this weekend, as Mayes is a highly-touted graduate of the Contender Series making his first walk to the Octagon and looking to put an end to Gane’s perfect MMA run.

“I think he's a good challenge for me,” said Gane of “Lord Kong.” “He’s well rounded, a dangerous striker, and he has good conditioning.”

Not that anyone expects this one to go the full three rounds. And if it’s Gane walking away with a second UFC win (and finish), he could be seeing a Top 15 foe to kick off 2020. That kind of accelerated schedule is just fine with him.

“I am definitely a patient man, but I like that scenario,” he said. “I can't wait to fight a Top 15 opponent. I think despite the fact that the heavyweight division is small with a lot of room to make a name, it’s still a division where every fighter can be dangerous.”

True, but most of that danger comes from a particular angle, whether it’s from a standup fighter, a submission specialist or a swarming wrestler. Gane has shown in a short amount of time that he’s a fighter who wants to do it all, and he’s willing to do the work to prove it. That’s how he explains his cool in his first UFC bout against Pessoa.

“I think if you do your homework, you should be able to feel confident in your upcoming fight,” said Gane, who is confident going into Saturday night’s meeting with Mayes. As for the future, a 2020 bout at home in France wouldn’t be bad at all.

“I am really excited about the legalization (of MMA in France) and I see myself headlining a fight card in Paris, France.”