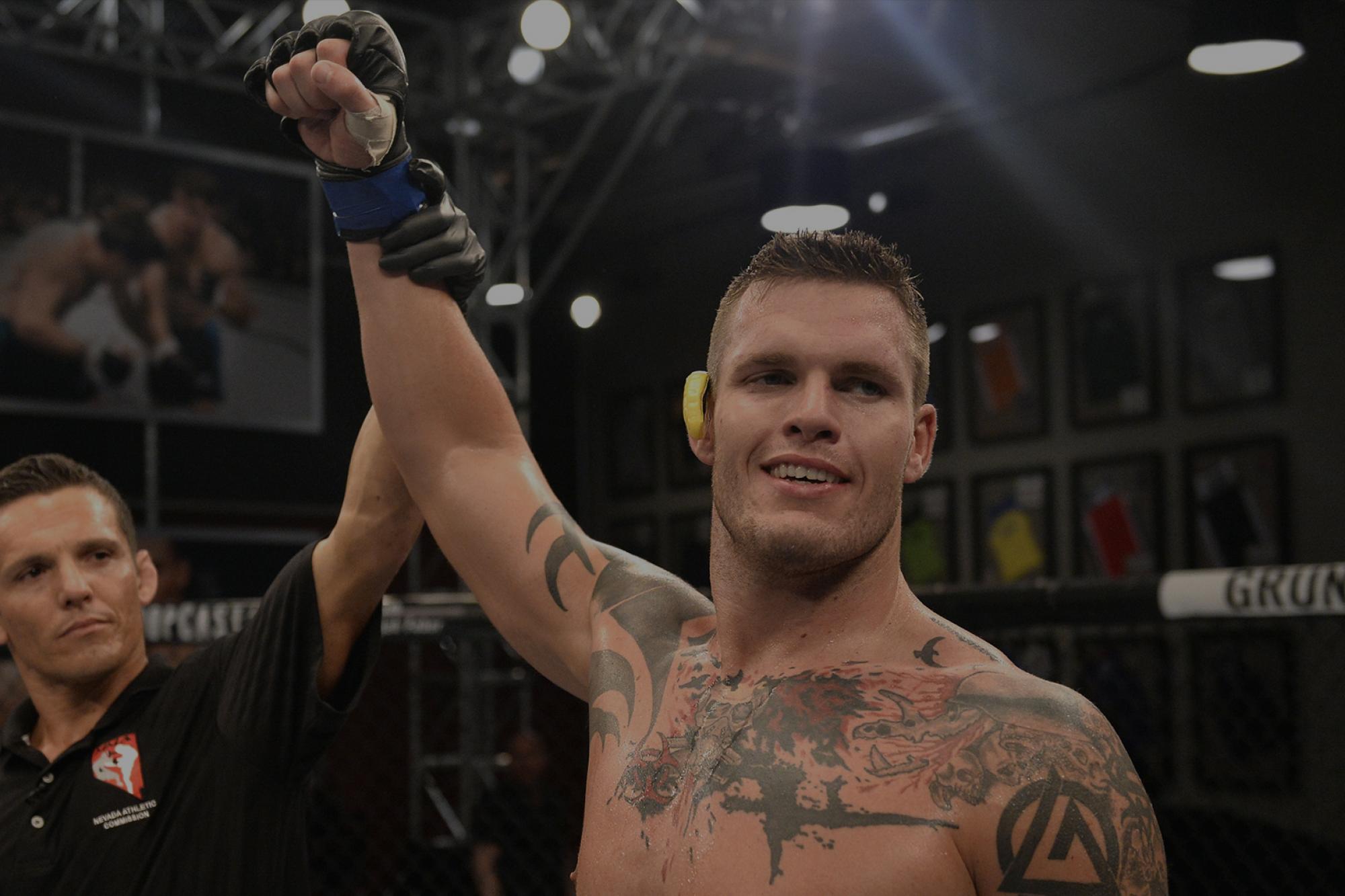 Losses to Justin Willis and Curtis Blaydes taught Allen Crowder important lessons that have prepared him for his bout with Greg Hardy.
By Thomas Gerbasi • Jan. 15, 2019

Former NFL lineman Greg Hardy has proven capable of ending his fights quickly and decisively. And even though he’s only had six of them (three pro and three amateur), his opponent this Saturday, the vastly more experienced Allen Crowder, is taking him very seriously.

“I can’t be overconfident,” said North Carolina’s Crowder. “Every time I’ve been overconfident, it’s turned out bad for me. (Laughs) So you can’t get overconfident. I looked at Justin Willis and I thought it was gonna be an easy fight for me – I thought he was a fat guy, out of shape, and then he turned out to have really good speed and he caught me.”

That December 2017 fight with Willis was Crowder’s first since earning a UFC contract with a third-round stoppage of Don’Tale Mayes on season one of Dana White’s Tuesday Night Contender Series. He hasn’t fought since, but not because he’s been sulking in a dark room somewhere over the defeat. 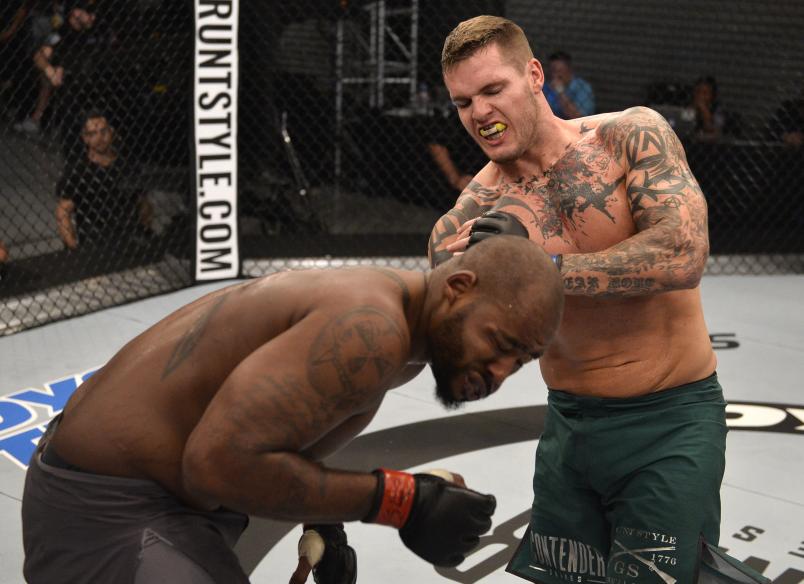 “I had an injury,” he explains. “I was supposed to fight back in June. I ended up getting that healed up and I wanted to fight later in the year, but then my little girl was due for September and we ended up having her and I decided to take the rest of the year off to rest and relax and then they called me for this fight.”

Healthy for fighting and settled in his home life, the 29-year-old is now ready to try out the Octagon once again, and there couldn’t be a better opportunity than this, the chance to upset the heavily-hyped newcomer and give his own career a jolt. As soon as he got the call, he agreed to the fight immediately.

“It was ‘yes’ before they finished the question,” said Crowder. “I saw him on the Contender Series and I knew it was going to be a bit of a special fight just because of his background. I didn’t think it was gonna be a co-main event, but that’s awesome also. I’m pretty excited about it.”

Originally signed to a developmental deal after his DWTNCS win over Austen Lane last June, Hardy scored a second win on the series two months later and added a 53-second finish of Rasheem Jones in September that prompted the UFC to bring him into the big show. It’s an interesting spot for Hardy to be in, because he’s shown raw talent, but he will be giving up experience to everyone he fights. Crowder included.

“I figured when they put him in there they were gonna put him up against somebody and I was hoping they wouldn’t just put him against anybody,” said Crowder. “I’ve got a lot of experience fighting. Between my amateur and my professional career, I’ve got over 20 fights, so I’ve got a lot more experience than he does. So it will definitely be a good challenge for him and a good challenge for myself as well.” 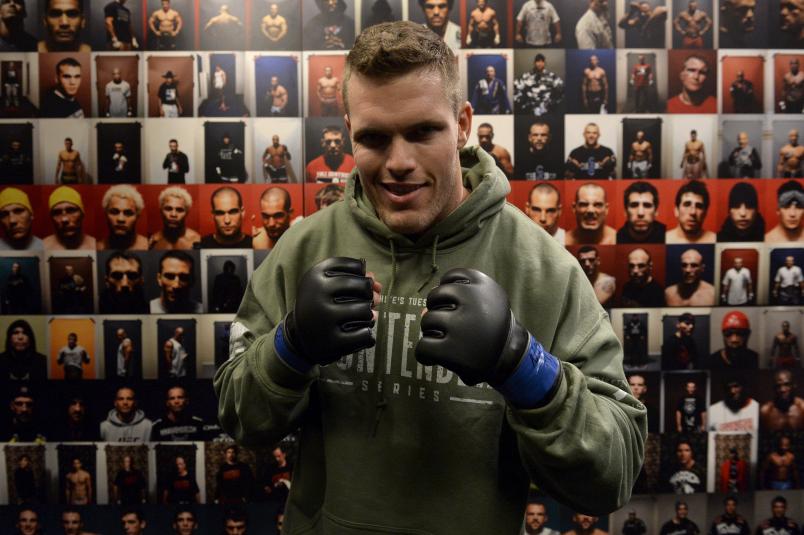 Crowder, like Hardy, has shown glimpses of world-class talent, but in the case of the Mebane product, he’s fallen short in big fights against Willis and in 2015 to another current heavyweight contender, Curtis Blaydes. Around the time of the Blaydes fight, he admits to a lack of consistent focus. Against Willis, he found out that you can’t judge a book by its cover. That won’t happen again.

“I think it (being overconfident before the Willis fight) took it out of my system forever,” he said. “I doubt I’ll ever get that cocky again.”

He can’t afford another lapse like that against a power hitter like Hardy. And if people are judging him off the losses to Willis and Blaydes, he’s fine with that.

“I like being the underdog,” he said. “I like people thinking I’m gonna lose. It motivates me and makes me work twice as hard.”

Crowder hopes working twice as hard gets the job done in Brooklyn, because if it does, the rest of 2019 is going to look a lot more interesting.

“I get this win right here and this is a life-changing opportunity,” he said. “Hopefully I get some sponsors and get the next big name and it puts me on the totem pole and I start calling out people that I really want, so it really works out good. 2019 is gonna be the best year yet. I’m still young, I got a few more years left to do this and I want to take full advantage of it.”