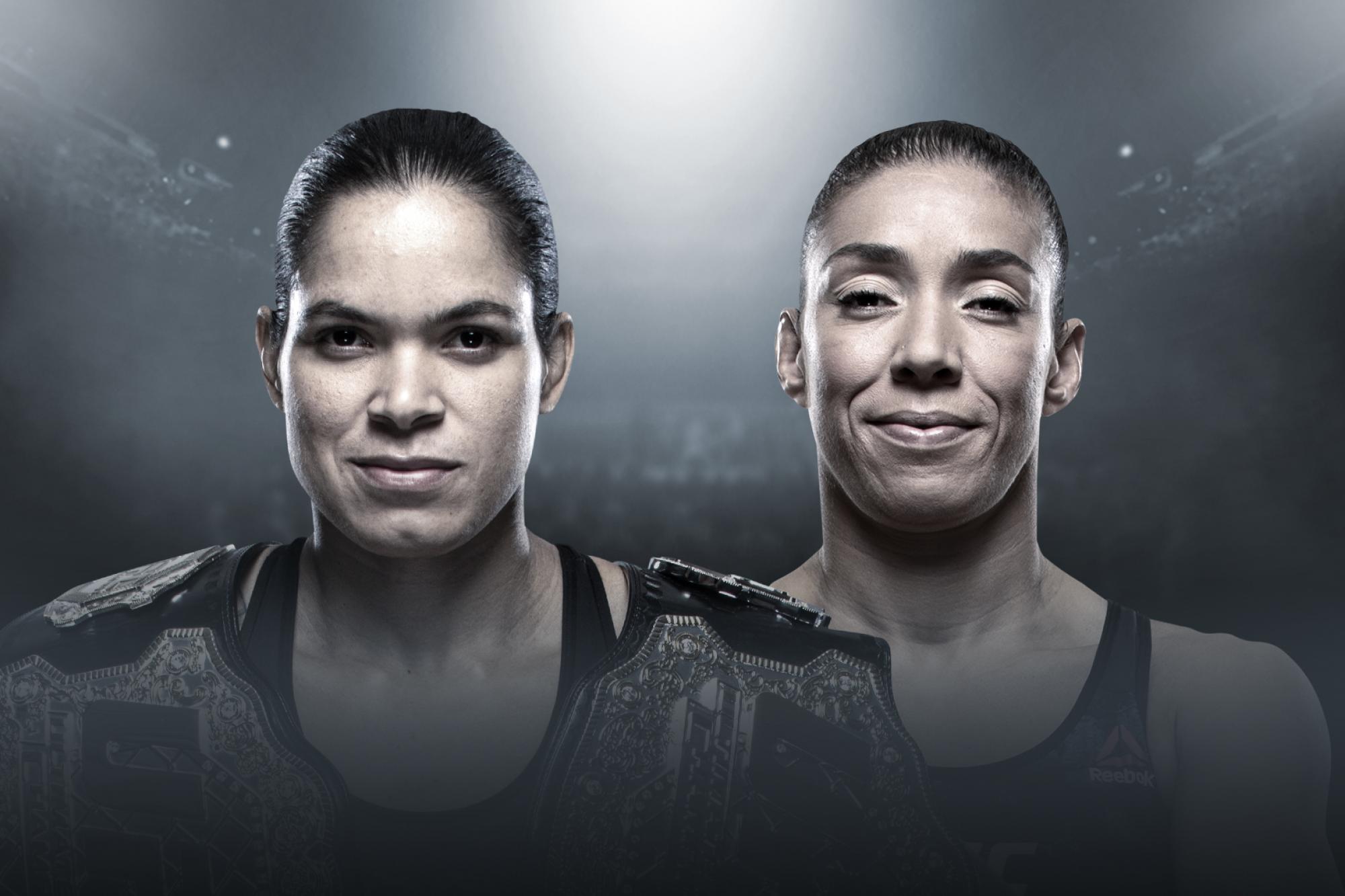 The Bantamweight Title Will Be On The Line December In Las Vegas
By Thomas Gerbasi • Aug. 19, 2019

Six years after their first meeting in November 2013, UFC double-champ Amanda Nunes will defend her bantamweight title against Germaine de Randamie in a UFC 245 bout at T-Mobile Arena in Las Vegas on December 14.

In 2013, Nunes halted de Randamie in the first round, and five fights later, she won the bantamweight title by defeating Miesha Tate. In 2018, "The Lioness" added the featherweight title to her collection, and after defeating Holly Holm in July, she puts her 135-pound crown on the line against the Netherlands' "Iron Lady."

Unbeaten since her defeat to Nunes, de Randamie has won five straight, including a victory over Holm in 2017 that earned her the featherweight title. Fresh from a 16-second knockout of Aspen Ladd, de Randamie can get payback and another belt with a win over Nunes this December.